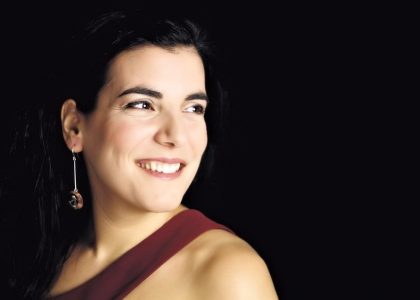 Andromeda’s story from the Greek mythology has been featured in music, literature, and arts over many centuries, with Andromeda being one of the main archetypes for the noble, gentle, spotlessly beautiful and innocent woman, who is punished for someone else’s vanity, and rescued by a brave hero who also marries her.

Antonio Maria Bononcini premiered Andromeda at the Viennese court in 1707, dedicating it to the wife of his employer Joseph I, the Holy Roman Empress Wilhelmine Amalia, the mother of the eight-year-old Archduchess Maria Josepha, who was later to become Maria Josepha of Austria, the last Queen of the Polish-Lithuanian Commonwealth. Among the many operatic works about Andromeda, Bononcini’s version stands out because the story concentrates on the intense connection between the positive characters: Andromeda, her saviour Perseus, as well as her parents Cepheus and Cassiopeia. It may have been a way for the composer to offer the Queen, who was facing a difficult marriage, his delicate support.

Concert is sponsored by the Embassy of Greece in Lithuania