Dux vitae mortuus regnat vivus. Life and Death in the chants of the liturgical year 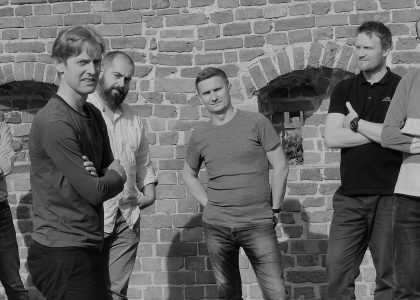 This programme combines sacred music transmitted via written sources with chants passed down through the oral tradition. The result is a combination in which each repertoire complements the other. Music known only from written sources receives a new vitality and authenticity, thanks to the use of archaic vocal techniques. Music from the oral folk tradition (inevitably simplified and often reduced to a single melody) acquires a more elaborate polyphonic setting or instrumental accompaniment. All of this forms a colourful musical journey from the Middle Ages to times within living memory, during the course of which we can meditate on the mysteries of life and death – the joy of the newborn, mourning for the dead, the hope of eternal happiness. Sacred music reflects humanity’s timeless longing for the eternal, and its simultaneous desire to live happily in the here and now.
Appearing in Lithuania for the second time, following their spectacular debut at our festival in 2018, JERYCHO is one of today’s most accomplished ensembles, enlivening the academic practice of singing by re-creating a monumental singing practice full of the clarity, emotion and vitality of a lost era.