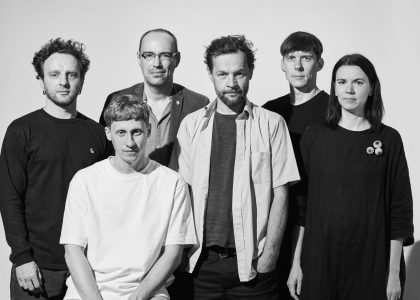 The idea for the performance Emigrants was inspired by the reports of screaming and cursing Lithuanians returning at the beginning of the quarantine. Media at that time launched a wave of defensive hatred: ‘the trash of society are back’. Despite our population shrinking and getting older in the last thirty years, despite a million people lost, despite Lithuanian government actively urging emigrants to come back for the last few years, we are witnessing a completely opposite reaction by the authorities and the society to emigrants returning during quarantine: fear, mistrust and hatred. Those that used to be welcome, are suddenly unwelcome…

The play-performance Emigrants based on eponymous play by Slavomir Mrožek, will be presented in the balcony of the Sodas 2123 cultural complex. The audience will be able to watch the show from the inner yard. While the emigrants in Slavomir Mrožek’s play are doomed to live together in one of the cellars of a German city, here they will fight, make up, eat, wash and party in a balcony, the way it was in numerous flats around Europe during quarantine. An intellectual thinker and a manual worker or a Vilnius hipster and London construction worker. An unexpected and awkward space for both actors and spectators serves as a reminder: we all have to make effort for the theatrical event to happen.