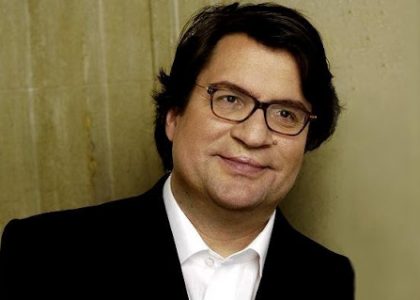 Lute music at the Polish-Lithuanian palace and court. Concert for the 450th anniversary of the Union of Lublin.

Solo lute music in Europe flourished massively in the 16th century, and Poland was no exception. The Polish lute repertoire of the 16th and also the 17th centuries is one of the most valuable legacies that music history left us, with its different mix of flavours than the one we know from Central Europe, from the sensitive and attractive force of the dances through the clearly structured polyphonic works, up to the freely improvised fantasias, all of them virtuosic across the full tonal range of the instrument, from the deepest note to the highest.

German lutenist Joachim Held, professor for lute at the University of the Arts in Bremen and the Royal Conservatory in The Hague is presenting a recital concentrated on three major composers, who were active in the Polish-Lithuanian Commonwealth: Wojciech Długoraj, Diomedes Cato, and Jakub Reys “the Polak”, guiding us through the whole complex palette which was representative to the lute music, as well to the evolution of the lute as an instrument itself, through that time.

Concert is sponsored by Goethe-Institut in Lithuania