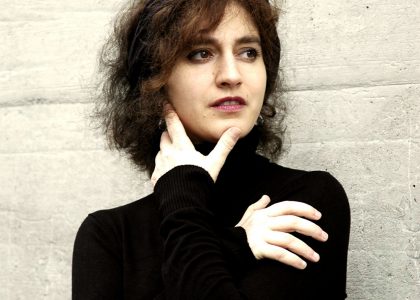 The tablature of Jan of Lublin, with its more than 230 compositions, two theoretical treatises, and over 250 didactic music examples, is regarded as the largest collection of keyboard music from 16th-century Europe. Several people were involved in the creation of the book, which took more than a decade to compile (1537‒1548). The richness of its repertoire is truly impressive, not only in terms of the musical genres and composers represented, but also the instrumental techniques employed. However, what makes the tablature truly unique is its associations with Polish culture, as a witness to the blossoming of 16th-century Poland.
Corina Marti teaches Medieval and Renaissance keyboard instruments and recorder at the Schola Cantorum Basiliensis and is a renowned performing artist worldwide. Her CD ‘Johannes de Lublin Tabulatur’ was awarded the Medal of the President of the City of Lublin, in recognition of outstanding artistic activity and merits for the dissemination of Polish culture and the city of Lublin in Poland and abroad.