Life and Death. Pieces for solo viol from Tobias Hume to Philippe Hersant 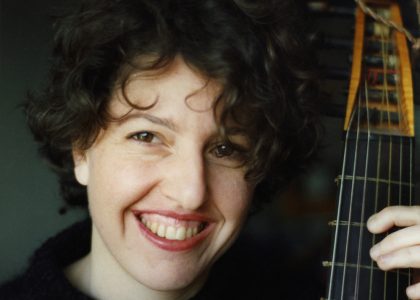 In a programme that traverses the entire repertoire for solo viol, world-acclaimed viola da gamba virtuoso Nima Ben David tells the story of her instrument. Using its voice, which she calls the voice of meditation, reflection and introspection, Nima’s journey takes her from the first composer to publish music for solo viol, Captain Tobias Hume – an emblematic personality full of contrasts – through to the work of Carl Friedrich Abel. She then ventures into the post-romantic and contemporary musical repertoire, as well as repertoire for harpsichord. Nima Ben David’s courageous and elaborate programme expands the limits that were set for the viola da gamba, painting a melancholic picture full of many shades of light and shadow.
From ‘Death of a soldier’ (Captain Tobias Hume) to ‘Prayer for Mercy’ (Georges Gurdjieff), this programme is a meditation about life, viewed retrospectively from the point of its end.