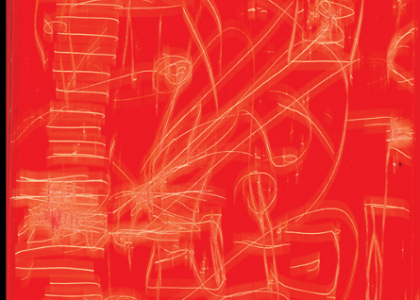 Aira Naginevičiūtė is undoubtedly one of the people who have made history in the Lithuanian contemporary dance. The New Baltic Dance Festival invites you to take a look at the choreographer’s dance exhibit, the first part of the 30-year-old dance, which reveals all the important themes of the choreographer’s different creative periods. The processes covering the period between 1989 and 2020 are a gamut of reactions to different elements of social, historical, and cultural life in Lithuania. In the first years of Independence, the choreographer’s radical work began to shape the field of Lithuanian contemporary dance and has continued to do so to this day.

To the audience of the National Gallery of Art (NGA) the choreographer will present her own reflections on her creative work, her doxa as matter-of-fact assumptions, conscious struggles, creation of new forms and opinions. The rebellion and renunciation of conformism, the establishment and long-term work of the dance group Fluidus in Kaunas, and its road to Vilnius, where the group’s explosive energy contributed to the discovery of the spaces of the Arts Printing House, a Vilnius cultural venue which opened with her performance “The Moon Does Not Care About Barking Dogs”. The Aira Theater was founded soon afterwards. These steps are proof that the choreographer does not only create performances, she creates a philosophy of dance.

From the vantage point of today we can see the development of the dance scene in Lithuania. Historical artefacts will be presented in the spaces of NGA, redefining the reality of contemporary dance, delving into a field of concepts that are not always loud and heard, often accompanied by silent pauses. It is during these moments of silence that the choreographer speaks up about art, its ephemeral, ever-changing energy able to sometimes cut like glass. Complementing and transcending the boundaries of the NGA, Aira’s authenticity and artistry will manifest itself as a form of insuppressible thinking, firm position, a creative manifestation of being.

Feedback and reviews:“A. Naginevičiūtė’s uniqueness lies in her intolerance of the routine treatment of dance […]. Her performances have a high quality standard due to their precision, attention to detail and the ability to see the whole picture.” (dance critic Vita Mozūraitė)

ENTRANCE WITH THE MUSEUM TICKET
TICKETS