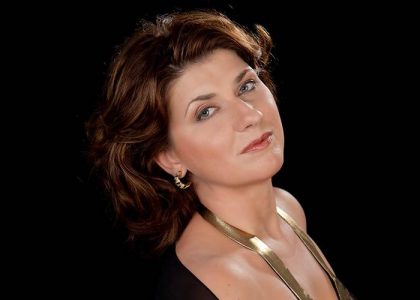 Vier letzte Lieder for soprano and orchestra, AV 150 (to the lyrics by H. Hesse and J. von Eichendorff)

This concert presents a premiere – Concerto for piano and orchestra by Lithuanian composer Gintaras Sodeika – featuring pianist Gryta Tatorytė. She has appeared in such festivals as Schleswig-Holstein in Germany, Michel Sogny in Switzerland and Pianistit Tunturissa in Lapland, earned prizes in international competitions in Lithuania, France, Germany, Italy, etc.

The Vilnius Festival joins the world music community in celebrating the 150th birth anniversary of Richard Strauss, the German composer active at the turn of the 19th and 20th centuries. Under the baton of charismatic Modestas Pitrėnas he Lithuanian National Symphony Orchestra, one of the leading Lithuanian collectives, presents symphonic poem Don Juan, a kind of a watershed between Strauss’ early and mature periods, and his last opus – his musical testimony – a vocal cycle Four Last Songs – a true symphony for voice and orchestra. In these songs the orchestra shares the stage with Aga Mikolaj, an opera diva appearing in major opera theatres in Europe and enjoying critical praise for her performances of Mozart and Richard Strauss.

Partner of the concert – Polish Institute in Vilnius