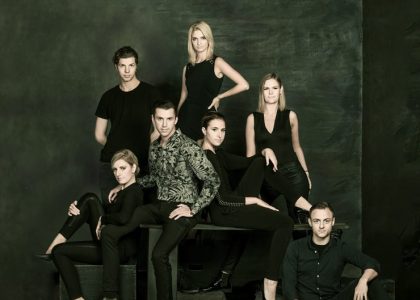 The music of Steve Reich and Gediminas Gelgotas

If you’d have to name “one of the few composers who have without a doubt changed music history”, according to The Guardian, it would be the icon of minimalism, US composer Steve Reich. His works Radio Rewrite and Clapping Music will be performed at the Christopher Summer Festival by the New Ideas Chamber Orchestra NICO.
Having inspired various rock and pop groups for years, Reich has unexpectedly found himself on the other side of the barricades – he wrote Radio Rewrite inspired by the songs of the cult British group Radiohead, Jigsaw Falling into Place and Everything in Its Right Place. They shall be heard (arr. Gediminas Gelgotas) just before Radio Rewrite, so audiences will be able to get into the concert atmosphere vibe and recognise the rock group’s melodies in Reich’s composition.

Clapping Music meanwhile gives off a totally different mood. The composer says he always wanted to create a piece “for which you wouldn’t need any instrument apart from your body”. Clapping Music is performed by clapping out the rhythm, and as it gradually evolves, it is as if the public is submerged into a trance-like state.

This concert will become an exceptional gem in your collection of experiences, and not just for its intriguing program, but for the performers as well. “NICO creates an amazing experience. The effect is mesmerizing, and the result is inspiring to all ages” (J. Newborn). Come and feel the NICO effect!