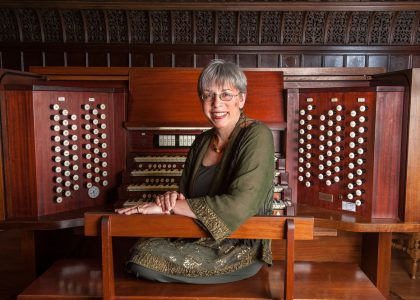 A Grammy nominee, this is a performer who has created an impressive international musical career, performing as the organist at the Vassar College and is the director of the music program at the Barnard College at Columbia University, also the founder of the women organists’ network, Musforum. This unresting, unbelievably charismatic personality is Gail Archer.

The performer is highly valued for her musicality, the originality of her interpretations and conceptual programs (incidentally, she is the first American to have performed all of Messian’s works).

For as long as she can recall, Archer has always been attracted to the organ: “I was so mesmerised by how much potential this instrument had. It can produce so many different sounds”.

So be ready for a colourful program to see out the summer with some powerful chords.