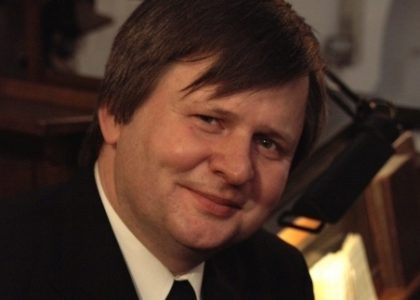 The career of Polish organist Roman Perucki is associated with the city of his birth, Gdansk. This is where he graduated from the music academy and immediately became a teacher there. Today, he is one of its professors and among the most recognised organists in Poland.

Perucki has played in numerous famous concert halls and churches around the world, including the Notre-Dame Cathedral in Paris, the Gent Cathedral, and the Mariinsky Theatre in Saint Petersburg. He has also toured in Japan, China, the United States and Australia, and has organised over 2,000 concerts – recitals and appearances with orchestras and other performers.

The musician’s activities have been recognised by the Ministry of Culture of Poland, he has received many of the prizes awarded by the Gdansk municipal government, also being a recipient of the highest award issued by the Vatican, the Pro Ecclesiae et pontifice and the Order of Saint Silvester.

The program prepared for Vilnius will not leave even the most choosy fans of sacred music disappointed, as in the hands of this soloist, even the best-known works take on unique colours!