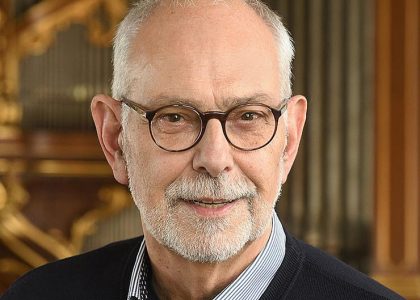 Christoph Schoener is one of the most famous church musicians of his generation, highly valued by critics for his expression and stylish and tasteful interpretations.

Following studies in Heidelberg, Freiburg, Paris and Amsterdam, numerous concert opportunities were at his fingertips. Nonetheless, the organ player dedicated most of his attention to his activities at St Michael’s Church in Hamburg, where he has been the artistic director since 1998. This elaborate Baroque shrine is one of the city’s symbols and one of the five most important Lutheran churches in Hamburg. Under the leadership of Schoener, festive concert performances of the Christmas oratorio and St Matthew Passion by J. S. Bach or Brahms’ Requiem have become traditional events in the city.

As a soloist, Schoener has organised recitals in the main churches of Europe, Israel, the United States and South Africa, and has released numerous CD recordings, two of which have received ECHO-Klassik awards. Aside from his solo performances, he also takes part in pedagogical activities, heads master classes and participates in competitions as a member of the jury.