10 September, 20:00 | Online concert from the Synagogue of Gorizia, Italy 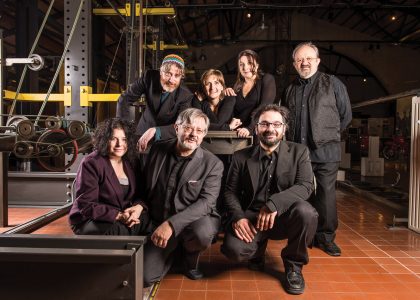 16th-century Venice was a place in which, like Vilnius some time ago, Jews were largely able to live according to their beliefs and traditions, while at the same time carrying out an intense, continuous exchange with their Gentile neighbours in a town where everyone gathered, regardless of class or religion.
Songs in Italian, Hebrew, Yiddish and Spanish are combined with dances that Jews and Gentiles alike would have enjoyed while celebrating a baptism, circumcision, or wedding – whether it took place under a chuppah or inside a church – as well as carnival songs, songs for Purim, and the villanelle ebraiche that provide a glimpse of how Jews were viewed by their neighbours. Music for a Merchant attempts to recreate the sights and sounds of a day in the life of Shakespeare’s Shylock, as he wanders in and out of the Jewish quarter in the vibrant, colourful world that was Renaissance Venice.
Working between historical sources and the oral tradition, Lucidarium is dedicated to a multicultural approach to early music, bringing back to life the voices of the ‘others’ – those who lived in the shadows of the great institutions –in an entertaining, engaging way, designed for 21st-century audiences.