THE BAD PLUS (USA) 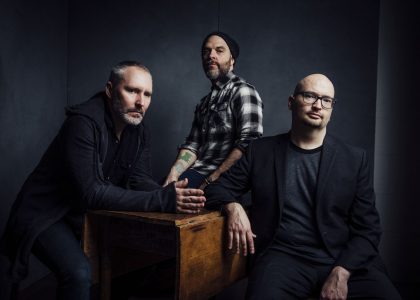 THE BAD PLUS (USA)

After a major transformation, the American trio The Bad Plus is bringing new force to the Vilnius Mama Jazz festival.

Stability in not known to be the dominant feature in the jazz world: lineups change, while the core creative energy of groups often revolves around one band leader with other band members going along with the general idea. The Bad Plus is different, it is a statement about group music where each band member and each instrument (drums, double bass and piano) is equally important. The group therefore suffered a considerable blow when its longtime pianist Ethan Iverson decided to leave after nearly 18 years together.

The remaining members – bassist Raid Anderson and drummer David King – moved on and invited Orrin Evans, a well-known pianist, to join the group. Evans studied at Rutgers University, then learned from his mentor Kenny Barron and collaborated with Bobby Watson, Ralph Peterson and Duane Eurbanks.

A few rehearsals later the group decided to work on the group’s 13th album, Never Stop II, recognized the best 2018 album by the influential music magazine The Rolling Stone. According to the critics, it was a breath of fresh air and Evans’ piano sounds integrated well in the overall light atmosphere.

It is obvious that apart from numerous other projects, the work at The Bad Plus is very important to the trio. Anderson, a graduate from University of Wisconsin – Eau Claire, has cooperated with such musicians as Steven Copes, Ruggero Allifranchini and Bill McHenry. King has shared the stage with Tim Berne, Bill Frisell, Joshua Redman, Dewey Redman, Jeff Beck, Anthony Cox, Chris Morrissey, Mason Jennings, and Hank Roberts, such groups as Halloween Alaska, Meat Beat Manifesto and Happy Tree, and Greg Norton, a former member of the rock band Husker Du.

The trio manage to reconcile simplicity and jazz virtuosity and have fans both among pop music listeners and snobs who care for each note. Complete harmony among the instruments takes the centre stage and is apparent not only in the original experimental pieces of The Bad Plus, but also in many reforged songs, thanks to which the name of the group is known further than just the jazz scene. From Nirvana to Vangelis, from Tears For Fears to Radiohead – the most famous songs of these groups find new postbop motion.

Delectable and unassuming rhythm of The Bad Plus will make your head nod.

The project is supported by the Lithuanian Culture Council.