The Song of the Earth 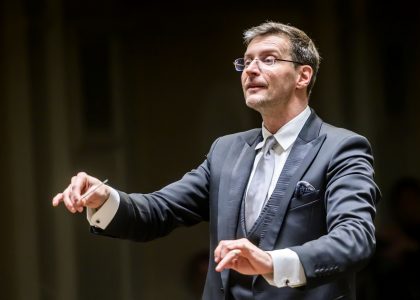 Das Lied von der Erde (The Song of the Earth) for mezzo-soprano, tenor and orchestra:

Majestic opus The Song of the Earth programmed at the closing concert of the Festival gave the motto for this year’s Vilnius Festival: the fate of the Earth as a human planet is particularly relevant today. Gustav Mahler wrote his symphony-cantata Das Lied von der Erde (The Song of the Earth), also known as the Ninth Symphony, in 1909. It is an epic that speaks to all humanity. The song is the soul and nerve of Mahler’s symphonies, and in this opus, the song becomes its epitome. The composer employed lyrics from German poet Hans Bethge’s Die chinesische Flöte (The Chinese Flute) collection. Inspired by ancient, even exotic poems by Chinese poets, Mahler created one of the most eloquent scores in music literature of the world.