The Story of St. Clare 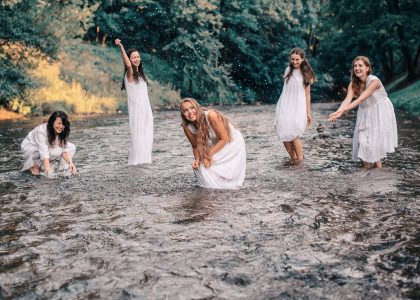 A concert for children and families

Saint Clare of Assisi (1194–1253) was a medieval nun and a companion of Saint Francis of Assisi. The story says that the noble, pious, young and beautiful Clare was about to be married in line with the family tradition, but at the same time a young man who had given up his rich life, Francis, was preaching in the streets of Assisi. Clare heard him and Francis became her true spiritual brother. Conversations with Francis helped her reinforce her vocation of loving God and the people in poverty, chastity, and silence. This educational concert for children and families tells a beautiful tale about friendship and the journey of faith. Performers will invite you to dive into the story of Saint Clare intertwined with medieval music.