To see, to hear, to kiss, to die… Music from the British Isles 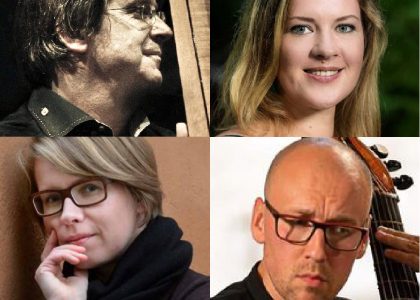 Featuring Estonian mezzosoprano Iris Oja and British harpist Andrew Lawrence-King, the program of Tallinn-based Ensemble Floridante focuses on love and death through the lens of English composers of the 16th and the 17th centuries. Around the year 1600, when in Italy a new musical genre – the opera – was preparing to see the light of day, England was culturally thriving in the golden age of the Elizabethan era.
It is here that this musical journey begins, with a bitter-sweet love song by John Dowland (1563–1626) ‘Come again, sweet love doth now invite’.
Two generations later, the Civil War and the rule of the Puritan parliament froze all cultural activity for a period of 11 years. Only after the Restoration of King Charles II in 1660 did the Chapel Royal re-establish its musical traditions, educating and subsequently employing composers, among them Henry Purcell (1659 –1695), widely regarded as one of the greatest English composers of all time.