Hearken unto me, all nations 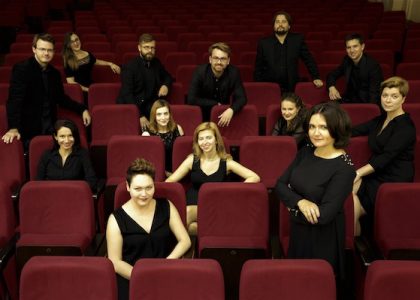 Music of the Masters of the Polish-Lithuanian Renaissance. Concert for the 450th anniversary of the Union of Lublin.

The program highlights the musical legacy of the Polish-Lithuanian Renaissance. It is a far-reaching selection of musical gemstones, starting with Wacław of Szamotuły, whose genius remained unsurpassed until the arrival of the prodigious Chopin at the beginning of the 19th century. Szamotuły’s compositions were printed in the mid-16th century in Nuremberg anthologies, together with those by Orlando di Lasso, Clemens non Papa, and Nicolas Gombert. Mikołaj Gomółka distinguished himself as a sensitive and profound creator of Psalm settings. His music radiates the emblematic hypnotic charm and superb craftmanship of the Polish Renaissance. Other musical icons of that period are Krzysztof Klabon, lutenist and composer who was dedicated to the celebration of the grandeur of the Polish Crown, and Cyprian Bazylik, whose songs are a great example of Polish-language religious art of the Protestant Reformation. All these masters worked for some time in Vilnius at Sigismund Augustus’ Palace. The concert will be completed by recitation of literary works from the 1560–1569 period, including the patriotic Oath from the historically ground-breaking Union of Lublin.