August 28, 19:00 | On the banks of the Neris River between the Green Bridge and King Mindaugas’ Bridge 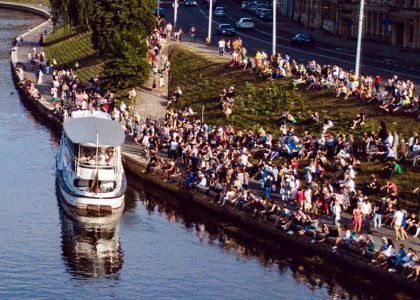 To commemorate 30 years since the restoration of Lithuania’s independence

This year Music on the Water is inviting audiences not only to enjoy the sights and sounds on the banks of the Neris, but also wants to remind us that is has been 30 years since news of Lithuania’s independence spread around the whole world. It is symbolic that on this special occasion, the Lithuanian Armed Forces Headquarters Band will perform a concert on the deck of the Ryga.

Conductor Egidijus Ališauskas promises an exceptional evening, filled with music to inspire unity, which the band will perform together with the charismatic bass Liudas Mikalauskas.
Let’s gather on the banks of the Neris in the spirit of togetherness, which gave Lithuania the miracle of independence!